Many studies have proven that caffeine increases feelings of optimism and self-confidence and dispels boredom and fatigue.  Caffeine also increases mental and physical capacities and allows you to release your hidden potential.  Can there be any doubt that this line up of benefits adds up to creating an “attitude of success” in the caffeine user, helping him or her to become a person who is ready, willing, and able to succeed? 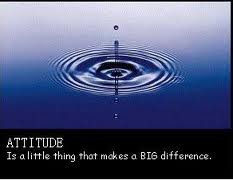 For busy people in a competitive environment, caffeine can be the “secret ingredient” we need to give us the edge to succeed.  By inducing feelings of self-confidence and optimism—while, at the same time, sharpening our abilities and increasing our energy—caffeine  fosters a favorable attitude that can become the driving force that carries us through difficult times and past obstacles, enabling us to persist in our efforts until we achieve our goals.  Caffeine also makes us more tolerant of adversity and of adverse conditions and can therefore help us to get along with other people and to persevere.  If there is one substance in the world that can actually contribute to success, it certainly is caffeine.

The cumulative effect of caffeine’s benefits to achieving success should not be underestimated.  Most jobs require a combination of the ability to boldly and resourcefully undertake new challenges, while at the same time continuing to perform dull, routine tasks with consistency.   Caffeine helps us to do both.  By leveling out stress, increasing your confidence, and increasing your vitality and mental ability, it contributes to your success in beginning new ventures.  By keeping you interested, it helps keep you on an even keel and helps you to persevere in your established routines.
Scientific proof of caffeine’s power to boost workplace performance is ample.  A good example is a massive study of 85,000 female nurses conducted by a Harvard University researcher in 1996 demonstrating that only 100 mg of caffeine a day, the amount of caffeine in less than one cup of coffee, produced increased feelings of “well-being, social disposition, self-confidence, energy, and motivation for work.” (Kawachi, I., et al, “A prospective study of coffee drinking and suicide in women,” Archives of Internal Medicine, vol 156, march 11, 1996, pp. 521-525.)  Another study, based on several hundred interviews, found that about one third of women questioned said that they were aware of working more efficiently and being more active after using caffeine.

Thomas Edison’s famous maxim, “Success is 1% inspiration and 99% perspiration” is still true today.  And there is no substitute for perseverance when you are trying to achieve success.  One scientist found that moderate to large doses of caffeine (6mg per kg, the equivalent of about 4 cups of filter drip coffee for a 150 lb person) “caused people to work harder because they underestimated how hard they were working.”  The workers even thought that they were working at the same speed as they had without caffeine, but they were actually working considerably faster!  (Cole, KJ, et al, “Effect of caffeine ingestion on perception of effort and subsequent work production,” International Journal of Sports Nutrition, 6, 14, 1996.)

Also, we should not forget that caffeine not only gives you the confidence that you can do more and succeed—it actually gives your abilities a boost so that you have a better chance of more successfully putting your plans into action.  This increase in capacities itself results in an extra lift that can pay off handsomely in enabling us to realize our ambitions.