As a professor at Temple University and an expert on caffeine, I have often faced questions from my students about current issues relating to caffeine. One matter that has arisen lately is a concern over so-called “energy drinks,” that is, soft drinks that are usually carbonated and that contain more caffeine than traditional caffeinated sodas.  Typically, my students ask if they should be worried about the safety of the caffeine content of these drinks.  In light of all the worry and apprehension that irresponsible and poorly informed articles and web postings have created about the purported dangers of energy drinks, I thought that this would be a good time to repeat my answers for a wider audience.
Stuff and Nonsense about Caffeine and Energy Drinks
Publicity hungry politicians, attorneys filing lawsuits over figmentary torts, and self-appointed caffeine “authorities” have asserted that the caffeine in energy drinks has caused heart problems, strokes, and even resulted in over a dozen fatalities.  You may be happy to learn that these charges are absolutely groundless:

Caffeine’s Unequalled Record of Safety
No substance has ever been field tested the way caffeine has been. There are almost 7 billion people in the world.  Over 90% of them consume significant amounts of caffeine on a regular basis.  In fact, caffeine has an unequalled record of safety and value proven through hundreds of years of use by what has become nearly the entire human race.  In addition, the evidence of double-blind and longitudinal peer-reviewed research studies overwhelmingly proves that caffeine delivers dozens of health and lifestyle benefits.  These studies also demonstrate that caffeine in moderation is extremely safe for almost all healthy adults.  These facts are authenticated by an FDA statement that caffeine is characterized by its long history of safe use.
Moderation is “Built-in” to Caffeine!
People respond to caffeine in different ways, and some people are much more sensitive to caffeine than others.  In order to use caffeine correctly, you must determine what caffeine actually does to you and discover the amount that is right for you.

However, interestingly enough, caffeine has an automatic “breaking mechanism” or self-limiting mechanism that discourages people from consuming more than the optimal, safe amount.  This mechanism is known as the “Yerkes-Dodson effect.”  It basically describes the fact that a little caffeine can help you feel and perform better, more can help you feel and perform still better, but increasing the amount beyond this point actually begins to reverse the benefits that caffeine delivers!  For example, a runner can run faster and longer if he consumes 200 mg. of caffeine.  He can probably run still faster and longer if he consumes 300 mg.  However, if he consumes considerably more caffeine, his running performance will begin to suffer!  This means that, unlike other stimulants, caffeine has a natural limitation or “ceiling” beyond which it actually reduces performance.  Therefore, neither athletes nor anyone else is ever tempted to ramp up the dose of caffeine beyond safe levels, because there simply is no advantage in doing so.  (See our post on the Yerkes-Dobson effect.)

No Worries over Energy Drinks!
As the FDA has recently stated, there is no reason to be troubled about the level of caffeine consumption in this country.  It is rather sad that groundless condemnations of caffeine continue to circulate widely, while the truth, that caffeine is not only safe but is beneficial to health and happiness, receives far less recognition.  As I hope this article has made clear and the FDA has maintained, we should all relax.  There is simply no reason to be worried about the caffeine in energy drinks! 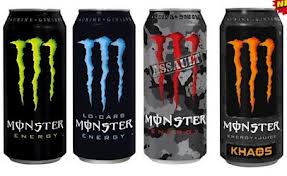