Caffeine is a potent pain-killer.  However, in addition to reducing pain on its own, caffeine in even low doses has been shown to magnify the pain killing power of aspirin, acetaminophen, and ibuprophen and even of narcotic analgesics.  Decades ago, caffeine was commonly combined with aspirin, in over-the-counter pharmaceuticals such as Anacin, and with narcotic pain killers, in prescription pharmaceuticals such as Percodan.  Strangely enough, when acetaminophen largely replaced aspirin as the non-prescription pain-killer of choice, drug manufacturers stopped adding caffeine to these products!  Whether this was because of some bizarre FDA rule or other unjustified cause, for many years caffeine was no longer available as a adjuvant to other pain killers.
There is good news about this issue today.  Somehow, pharmaceutical companies have seen the light and rolled back the clock and are now using caffeine to boost the pain killing power of many of their analgesic products.  For example, Excedrin Extra Strength now includes caffeine. 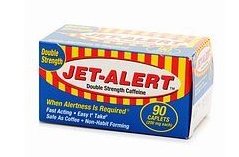