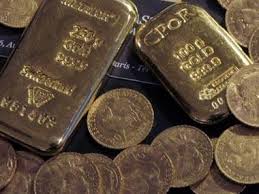 Cancer researchers Angela Casini and Michel Picquet and their colleagues note that even though caffeine may serve as a possible anticancer treatment, drinking gallons of coffee, sodas and energy drinks is not practicable.  The reason is that the amount of caffeine in these drinks might start to have harmful effects on healthy cells, too, at the levels necessary to kill cancerous ones.  However, because gold can wipe out cancer cells also, and, like caffeine, it can harm healthy cells, the research team put the two together to see whether the new caffeine-based gold compounds could selectively stop cancer cells from growing without hurting other cells. Researchers made a series of seven new compounds, called caffeine-based gold (I) N-heterocyclic carbenes, in the laboratory and studied them. They found that, at certain concentrations, one of the compounds of the series selectively killed human ovarian cancer cells without harming healthy cells. Breakthroughs like this one support the tremendous value of CHAT, Inc. (Caffeine Health and Therapeutics, Inc.), an organization that is currently being founded as a non-profit corporation to encourage and promote research into and the development of pharmacological derivatives of caffeine that offer improvements over caffeine’s numerous established therapeutic and health benefits.  For information about CHAT, Inc., write to [email protected].