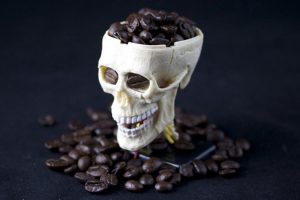 Nevertheless, the crusade against energy drinks, because of their “high” caffeine content, goes on and on.  Now, San Francisco has tried to ban these drinks because of their caffeine content.  Monster Beverage Corporation, that makes these energy drinks, has filed suit in federal court to overturn that city’s incomprehensible, oppressive enactment.
Established in 2002, Monster has regularly been targeted by phony lawsuits concerning its products’ caffeine content, and the company was sued in February by five people who falsely allege that their long-term consumption of the company’s drinks caused irreversible and near-fatal health problems, including heart attacks, strokes, and renal failure.
Caffeine paranoia goes on and on and on!