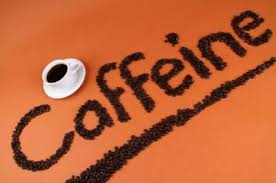 Most people think that an espresso has more caffeine than an ordinary cup of coffee. This is a myth.  While espresso has much more caffeine per ounce, it is usually served in cups of between 1.5 and 2 oz.  Because regular filter drip coffee usually is served in cups that are 6 oz or larger, the amount of caffeine in an espresso is actually smaller than the amount in a cup of regular filter drip coffee.
The reason for the question mark in the decaf line is that sometimes so-called “decaffeinated” coffees aren’t really as caffeine free as they pretend to be.   However, instant decaffeinated coffees like Sanka are reliable and only contain a few milligrams of caffeine at most.
NOTE: Remember that the caffeine content of robusta beans (the inferior kind Starbucks and other low quality coffees use) is twice that of arabica beans.
Table 2: Caffeine Content of Soft Drinks
Most soft drinks contain about 40 mg of caffeine in a 12 oz serving.  Note, however, that Coca Cola Classic contains only 34 mg, while Diet Coke contains 46 mg.  If you are drinking a few servings, or if you are unusually sensitive to caffeine, this small difference may matter.  Also note that Sunkist orange soda contains 42 mg of caffeine in a 12 oz serving, while Minute Maid orange soda has no caffeine.  This underscores the importance of checking the labels of sodas, all of which now state the amount of caffeine contained in the bottle or can.
Table 3: Caffeine Content of “Energy-Drinks”
“Energy-drinks” are soft drinks that are usually carbonated and that contain more caffeine than traditional caffeinated sodas.  However, the caffeine content of these drinks is not particularly large.  The fact is that energy-drinks deliver far less caffeine per ounce than coffee.  Coffee contains between 25mg and 50mg of caffeine per ounce, while the popular energy-drinks typically contain only about 10mg of caffeine per ounce.   In other words, an 8oz energy-drink has about 80mg of caffeine, which is to say, about half of what a 60z cup of Arabica coffee delivers or a quarter of what a 60z cup of Robusta coffee delivers.