As leader of the phony Caffeine Awareness Association, Marina Kushner, who has written and published various anti-caffeine e-books, had been travelling the United States for years to lobby State legislators to institute a so-called “Caffeine Awareness Month.”  Now, after she was arrested and charged with fraud, her group has been disbanded as part of her plea bargaining agreement. […] 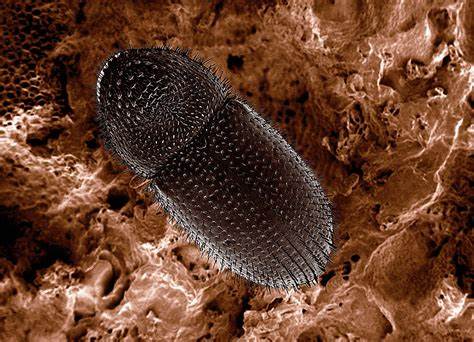 The coffee berry borer is the most destructive coffee pest in the world.  This coffee beetle, found in most regions where coffee is cultivated, can reduce a crop yield by 80 percent. This insect is the only coffee pest that uses the coffee beans as its sole source of food.  It bores into the bean and […]

An Englishman was recently was found dead in his West Midlands flat, and, at his inquest, the Black Country Coroner, Mr. Robin Balmain, blamed his death on a “massive overdose of caffeine.”  In fact, the man had consumed a bag of twelve caffeinated Hero Instant Energy Mints containing a total of 500 mg of caffeine.  This […]

In the new fifth edition of the American  Psychiatric Association’s Diagnostic and Statistical Manual (DSM-5), “caffeine intoxication” and “caffeine withdrawal” have been lumped in with heroin and alcohol addiction in the APA’s official list of mental disorders.  As a result of such dubious notions, the National Institute of Mental Health (NIMH) has nixed the DSM and […]

Caffeine Buzz: Bringing Back the Bees!

A study has shown that the caffeine-laced nectar of some plants improves the learning process for bees by enhancing their memory.  As a result, the bees are more likely to keep returning to pollinate the flowers providing caffeine. In effect, these plants use caffeine to alter the pollinating bees’ behavior, said Geraldine Wright, a honeybee […]

Something You Can Do with Starbucks Burned and Bitter Brew

Most people are unaware that caffeine evolved to help protect plants that produce it from microbes and insects.  For this reason, caffeine serves as a powerful insecticide when mixed with the soil in which plants are growing. So, if you are stuck with some the bitter brew or burned ground beans that Starbucks sells, you can pour […]

“It is better to look good than to feel good,” Fernando Lamas said on The Tonight Show in the disco days of the 1980’s, a line made even more famous by Billy Crystal, who repeated the quip on Saturday Night Live. Fortunately, with caffeine, you don’t have to make that choice.  We all know that caffeine makes you […]

The hosts of WorldofCaffeine.com are holding a Caffeine Tales and Fancies Story Contest.  Visitors to our web site are invited to submit anecdotes, short true stories, and imaginative fugues all about what caffeine does to you and for you!  We’re looking for submissions of about 300 words, but we won’t penalize anyone for departing from this […]

Everyone knows that coffee and tea contain caffeine.  But many people are unaware that a number of other plants used to make beverages also deliver the precious drug.  An example is the drink brewed from the leaves and brances of yaupon holly, a variety of maté.  Recently, residues on pottery cups prove that, by around […]

A recent study from the Swiss World Wildlife Fund International proved that bottled water is no safer or healthier than water that comes from the tap.  But the real question about water preference has always rested on the question of taste not safety. As it happens, however, the issue of safety strongly affects the issue […]